Ranking of states by dollar amount of incentives used to recruit industry. 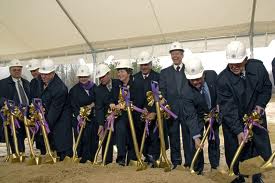 It’s ironic that New York, with one of the greatest net outflows of industry, is first by a country mile when ranked by incentives granted to companies to locate within the state.

The Washington, D.C.-based non-profit, Subsidy Tracker, recently released a report ranking all states by dollar amount of incentives used to attract industry over the past 10 years ending December 31, 2013.

According to their report, these are the top 10 states for the last 10 years:

It’s no surprise that Texas made the list, but Louisiana caught my eye at number four nationally.  And Michigan at number three appears to be valiantly trying to stem the net outflow of industry from that state.

My home state of Alabama ranked number 19 on the list.  To see where your state ranks, the full list can be accessed here.

The five states with the lowest incentives used were:

Boeing was one of the top companies receiving government incentives.  The aerospace giant took over $13 billion from various states over the last 10 years.  This is amusing in light of Boeing’s recent complaint lodged against Airbus for locating an aircraft plant in the U.S.  Boeing’s complaint, ironically, alleged that Airbus had received too much by way of subsidies from European governments.

It seems that all is fair in love, war and industrial recruitment.

William Bruce is a business broker and appraiser.  He currently serves as president of the American Business Brokers Association.  His practice includes consultations nationally on matters involving business valuations and transfers.  He may be reached at (251) 990-5934 or by email atWilliamBruceOnline@gmail.com.  His business brokerage website may be viewed atwww.WilliamBruce.net.